Coming off of 2019, I was feeling really good about building products. I had launched Wrabit and Social Media Death Clock. There's nothing like the feeling you get when you release a product to the world. My projects weren't necessarily massive successes, but I was building things and finishing them. That was important to me.

I felt sort of addicted to rapidly building things. The promise of iteration and sharing my work with the world. Unfortunately I didn't feel like my work was scratching that itch at the time. I started to think about how I could spend more of my time doing that. Perhaps all of my time.

Somehow I shared the idea with my friend Alain. He was looking for something to focus on too so I pitched him the idea of Bard.

Bard is a place for writers from all over the world to share their work. They can build an audience to support them while they focus on what matters, the writing. Imagine if Medium and Patreon had a baby. 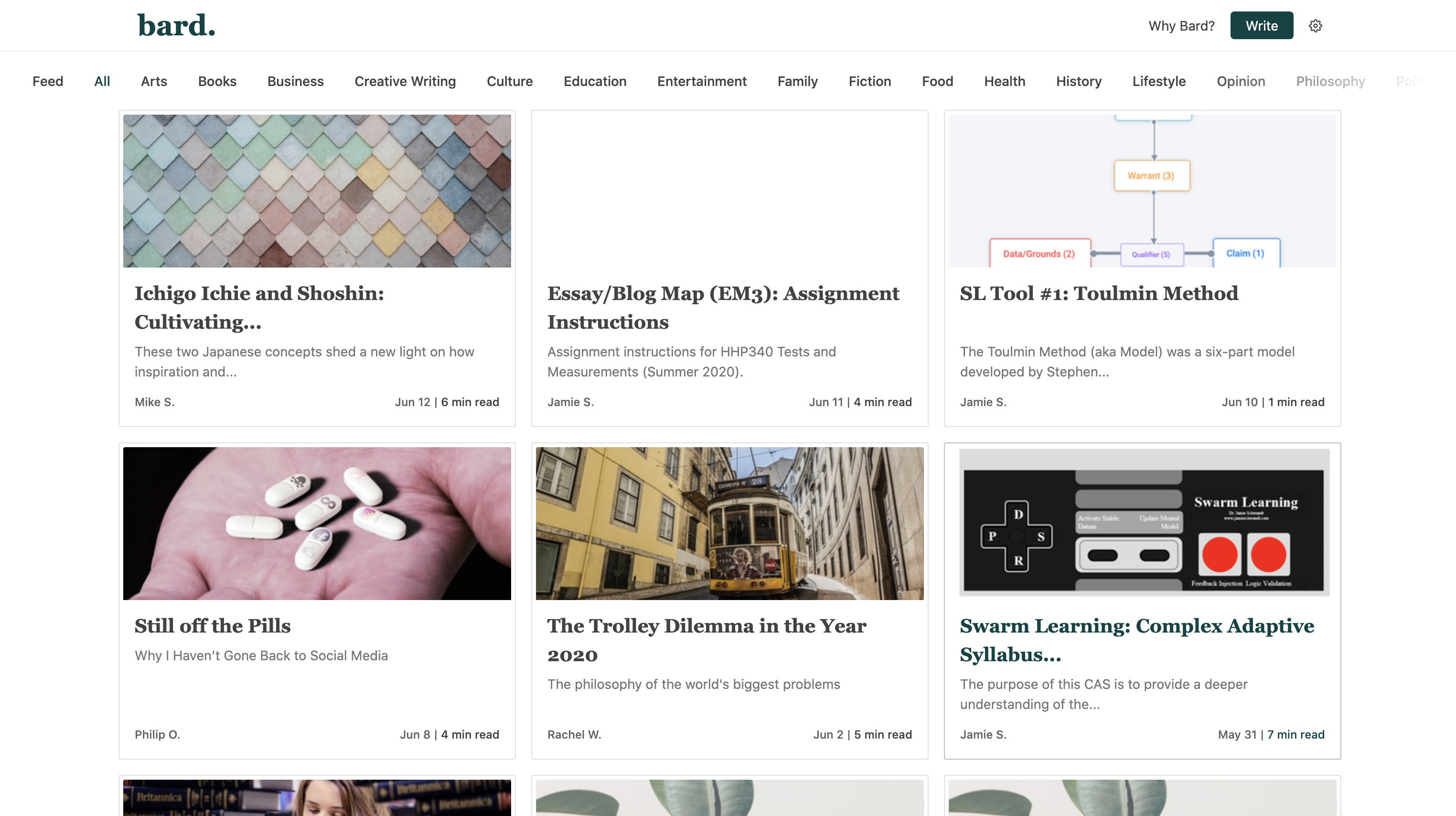 We felt that Medium was a bit overcrowded and doesn't support the writers enough. It can be very hard for them to make money. The algorithm doesn't work in their favour and a lot of the folks that read your work aren't paying readers. A lot of writers (and other creators) have adopted Patreon. That's great but the discoverability isn't a focus. It also means writers have to send people away from their work to support.

We built Bard in hopes that we could make supporting great writers frictionless. If you read something you like, you can support it right away. No leaving the platform. No leaving the article. You can subscribe to writers too and explore topics that interest you. 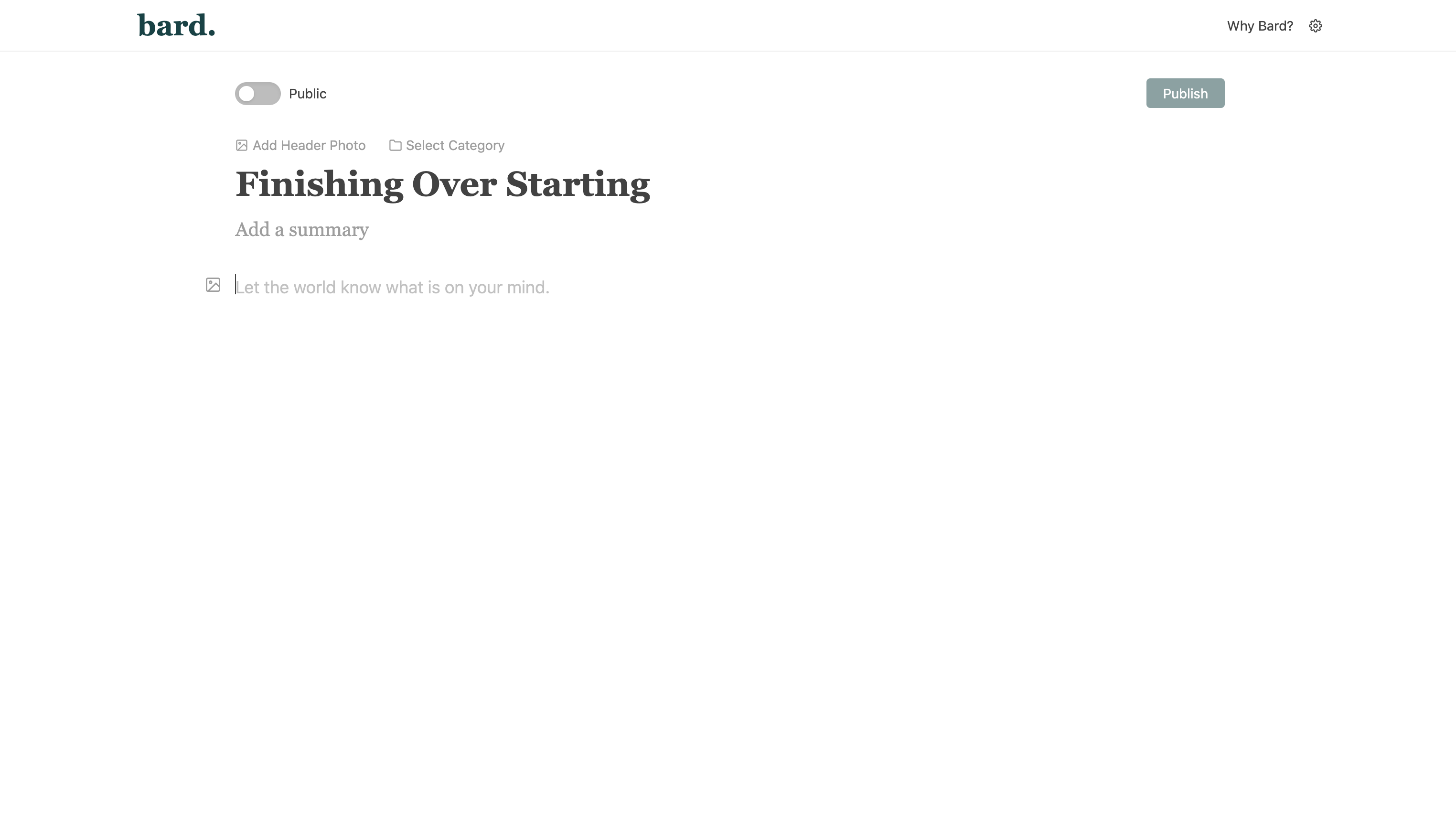 We've learned a lot of lessons since launch. Some of which came from reading The Mom Test. I hope that we can continue learning about what the market needs and how we can help change the way content is consumed and rewarded on the internet.